QSLs have always commanded a special reverence from me. Those simple 5 ½”  x 3 ½ ” cards we Amateur Radio Operators send to confirm our on-air exploits never failed to elicit a dessert-eating grin every time they graced my mailbox. And I would always take the time to examine every detail too, from the information they communicated to the style of writing and even the postmark and choice of stamp. In my mind they were individual works of art to cherish. 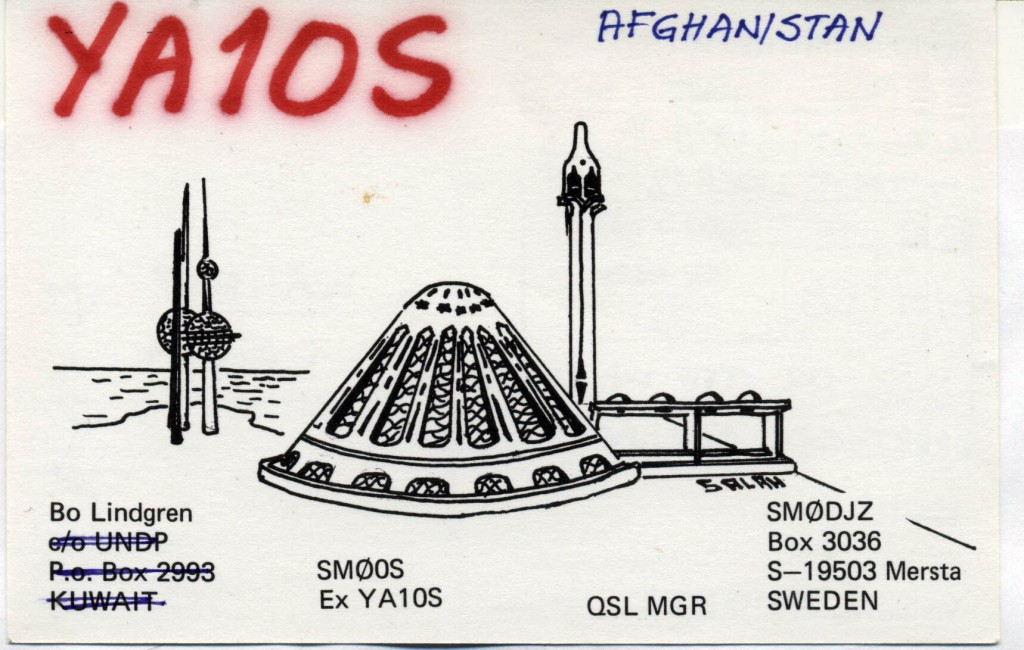 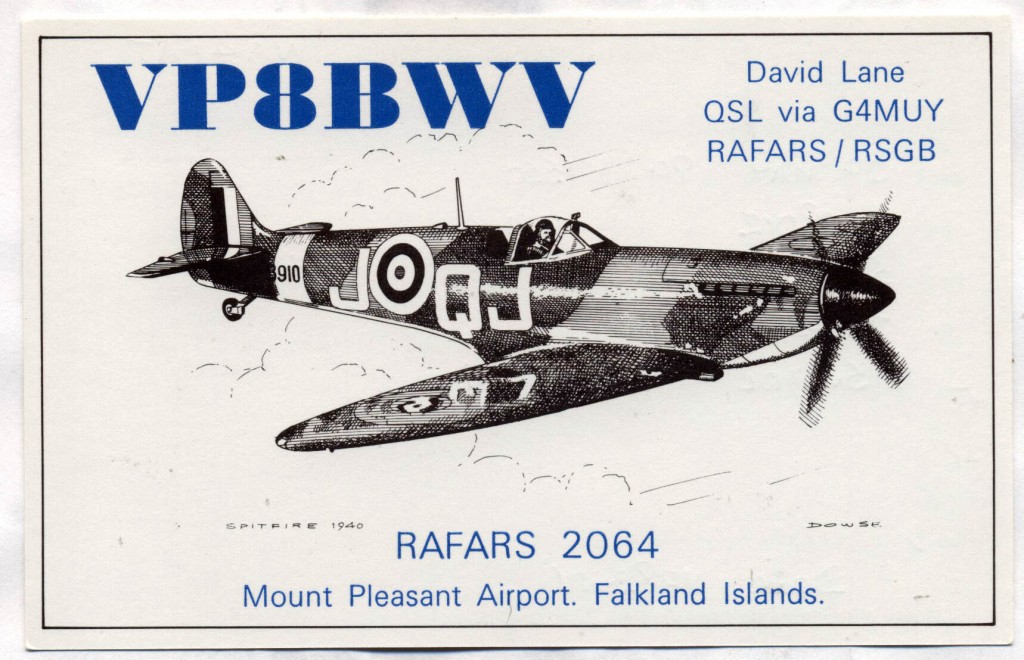 I always relished the personal touches occasionally found on a QSL too – those glimpses into the hidden lives of the recently-worked stations. I learned that G6RC survived the bombing of London in WW II, and that CO2AH yearned to rejoin his family in Miami. Oh, and WA9CRS was a railroad locomotive Engineer. Imagine that?

Or maybe it was just the endless variety and style of cards that flowed to my address from locations both near and exotic. Some were brightly colored, others more generic in design, and even a few made entirely by hand. There was one that featured a full family of hams, another that could have been a Chamber of Commerce endorsement, some with interesting photographs, or maps, or cartoons. And on and on it went with each card a reflection of the operator and all unique in some way or another.

Or perhaps it was simply the holding and touching of the card itself, a tactile culmination of a friendship made through the airwaves.

Whatever the reason, QSLs have always revved my motor.

After a nearly 20-year hiatus from Amateur Radio, I returned to the air last March, and I did so with the same unabashed enthusiasm that fueled me as a kid. And just as QSL cards were an important component of the hobby for me back then, I couldn’t wait to acquire new cards this time around as well.

So where to start?

When I was last active on the air in 1994, you either sent someone a QSL or not. Ther was no middle ground and no electronic option. I suspected things would be different this go around as I scoured the Internet for QSL ideas, but I was still surprised at what I found.

Alternative QSL systems seemed all the rage, at least to hear some evangelize, and the art of physical QSLs was in decline, it was suggested. And so I studied the intricacies of these newfangled options and soon became qualified with the Logbook of the World (LOTW), the ARRL’s electronic system. And I learned too about eQSL, another paperless format for contact confirmation. eQSL, I discovered, issue their own series of awards, but their eQSLs are not accepted for the major awards from the ARRL (DXCC and WAS). While no doubt at the vanguard of modern QSL practices, these two systems were decidedly un-fulfilling for me. Great for DX confirmations, I thought, and an appealing option to avoid the hassle of Bureaus, postage and green stamps, but nothing tangible to hold and admire.

It was undeniable. The paper QSLs of yesteryear still held a powerful attraction for me.

Luckily, the web was filled as well with countless options for real QSLs too, and I began to look at those in earnest.

I discovered a multitude of printers offering Amateur Radio QSLs  in an almost endless variety of designs. And most, it appeared, were more than happy to accept your own custom artwork or QSL design ideas too. That’s the option I elected to pursue.

I’ve been in the Internet business the past 20 years, and one of the tools I use almost daily is a computer application called Photoshop (by Adobe). It’s a whiz-bang graphics program that, while sophisticated, expensive and challenging to fully master, never-the-less makes it relatively easy to design and create art. (Many alternatives to Photoshop are free or inexpensive.) And so I put something utilitarian together, emailed my handiwork to a QSL vendor, and soon had cards in hand ready to send to those I hoped to work.

I spent about $85 for that initial order of 500 cards, and they arrived on my doorstep in a couple of weeks, and I was a happy camper… for a while.

As is true for many Amateurs, radio isn’t my only passion. Another all-consuming interest is photography, and it occurred to me that I might be able to combine this additional hobby with my QSLs the next time. I could even introduce a glimpse into my own life through photo QSLs that others might find as intriguing as I often did . But spending another $85 was not an option. And so I began to search for other more affordable avenues, and I found one, and it was literally just down the road – my local Walgreens.

If you’ve ever ordered prints of your digital photographs, you’re likely already familiar with the Walgreens photo department. You sign up for a free online account, upload your images, and then select the number and size of the prints you’d like. And faster than you can say 73 OM CUL, your order is ready for pickup. You can order as few or as many prints as you wish, and the cost is reasonable. 4″ x 6″ glossy prints are often featured for as little as 10¢ a piece, and discount coupons can regularly be found online as well.

And so I thought I’d employ some of my photography, plug in a callsign and address  information with my graphics software, upload the results to Walgreens and have a look-see. And so I did.

I added the contact information to the reverse of these prints, using a grid I designed within my word processing software and printed to self-adhesive labels that looked like this:

And for the most part I was pleased with the results. I especially appreciated the ability to order as few as I wished, and the turn-around was amazing … practically always ready the same day I ordered.

And so I began to alternate between my printed QSLs and my limited-edition photo print cards, sometimes sending one of each.

And I was really a happy camper this time.

But there was just this one thing … several things, actually.

The Walgreens photo print of 4 x 6″ is larger than the typical Amateur Radio QSL of 5 ½” x 3 ½” , making it an odd fit in many ham’s QSL albums, and some of the vinyl wall-hanging QSL displays won’t accommodate this size either. And then there’s the issue of mailing a 4 x 6. These larger prints require a legal size envelope, or a dedicated 4 x 6 envelope. And the photo prints are not as durable as a standard QSL, either.  They’re photos in the first place, right?

Some of my friends suggested you could design a 5 ½” x 3 ½” QSL to fit within a 4 x 6″ template so that the finished product from Walgreens could then be trimmed down to a conventional QSL size, and I tried that too. More work per card than I was willing to invest, and the prints are pretty flimsy, as I mentioned above … not a satisfactory solution for me.

So suddenly  I was back to square one. If I wanted a new personalized QSL, on the standard card stock, and in the conventional 5 ½” x 3 ½ format, It appeared a QSL dealer was my only option, and another $85 or so was the going rate.

And then I discovered these folks on the web: Got Print

Got Print appeared to be the Amazon of online printing. They featured a slick website that allowed easy online ordering with an instant proof of the finished product. And they had mammoth printing facilities in multiple locations in both the US and Europe too. They even invited you to watch their operation in one of several videos posted online.

I put another QSL design together in Photoshop, this time featuring something personal – a sketch of my favorite bug, an old Japanese High Mound Coffin key. 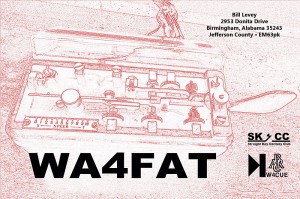 And off it went to Got Print, and I waited … but not for long.

Within minutes I received a confirmation email, thanking me for the order and confirming the details of my printing job. And then within another few hours a second email, this time telling me that my order had been accepted for printing and was being sent to press. I’d never been sent to press before!

Furthermore, I could check the status of my order whenever I wished, they said, by going to a special link provided, and could even call toll-free if I had any questions or concerns.

I was enjoying my Got Print experience thus far, but still had reservations.

And two more days passed and I received another communique from Got Print advising that my order was finished. “No way!” I thought to myself, having mentally prepared for a far longer wait. But sure enough, the email even included a link for tracking my order’s delivery, so they must be telling the truth.

And good to their word, UPS delivered my Got Print cards in short order and I was amazed once more. Rather than an extremely light paper stock, which I was expecting, my new QSLs were printed instead on heavy card stock. And the printing itself was crisp and bright, complimenting the glossy exterior.

Here’s a photo of the finished product: Some of you may be thinking that I must be in bed with these folks, but you would be wrong. I simply had a far-better-than-expected experience, and I’m delighted to share the details. I realize that this isn’t for everyone, and also that countless excellent ready-made card designs are widely available from a multitude of hard-working QSL vendors. But if you’d like to have a go of it on your own, because you’re inventive or creative, have a unique idea … or would like to save some cash for that KX3 you’ve been coveting, then this just might be a lot of fun.

And finally, if you can recommend a good therapist, my wife will gladly take your call. I’m afraid she thinks this obsession with QSLs is just a bit over the top and that I already have more than enough cards for all the contacts I could possibly ever make. Not so, I told her, band conditions are bound to improve one day and then watch out!

I didn’t mention the fact that I have another 500 cards on the way!

One thought on “QSLs – The Final Courtesy of a QSO”